Hip pain can make it difficult to walk, climb stairs, sit, or even sleep on the side that hurts. There are studies to suggest that approximately 14% of adults over 60 have had hip pain in the last six weeks. Treatment options vary by patient, severity of injury, and diagnosis, and can range from conservative physical therapy to hip joint replacement surgery. OAM’s range of therapies and procedures performed by our specialists help minimize hip pain, improve the patient’s range of motion and help return them to activity. 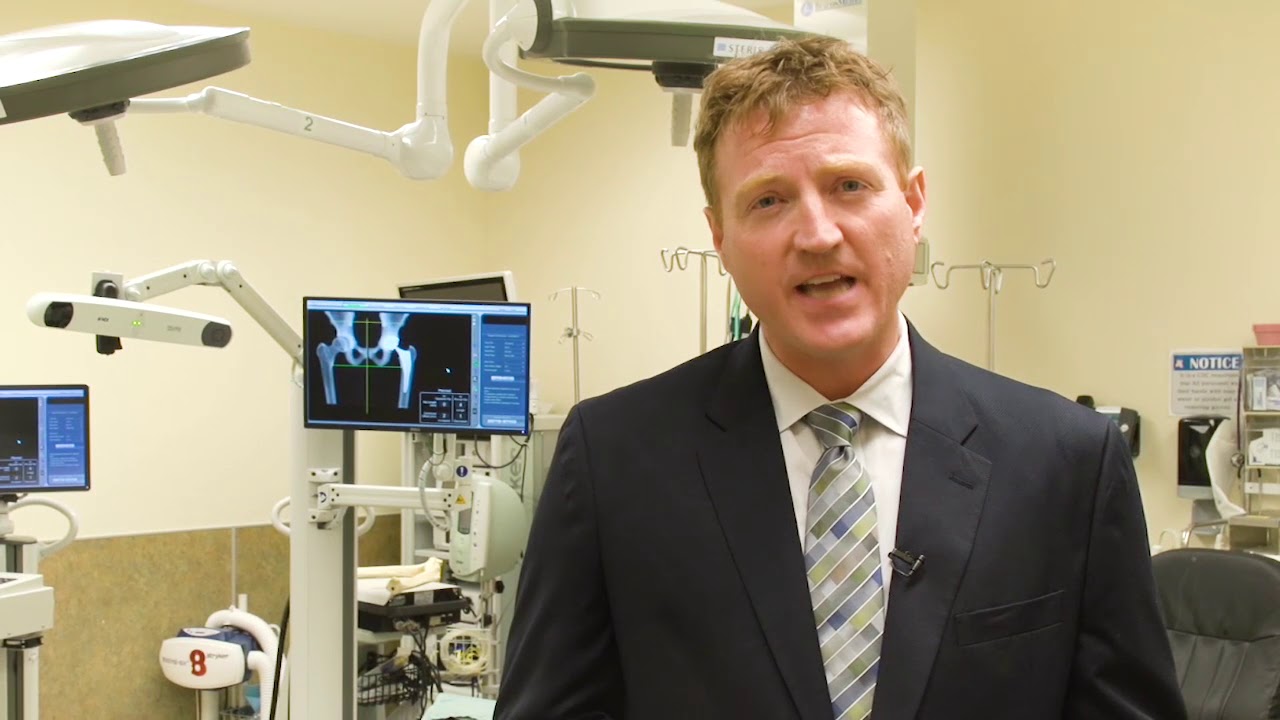 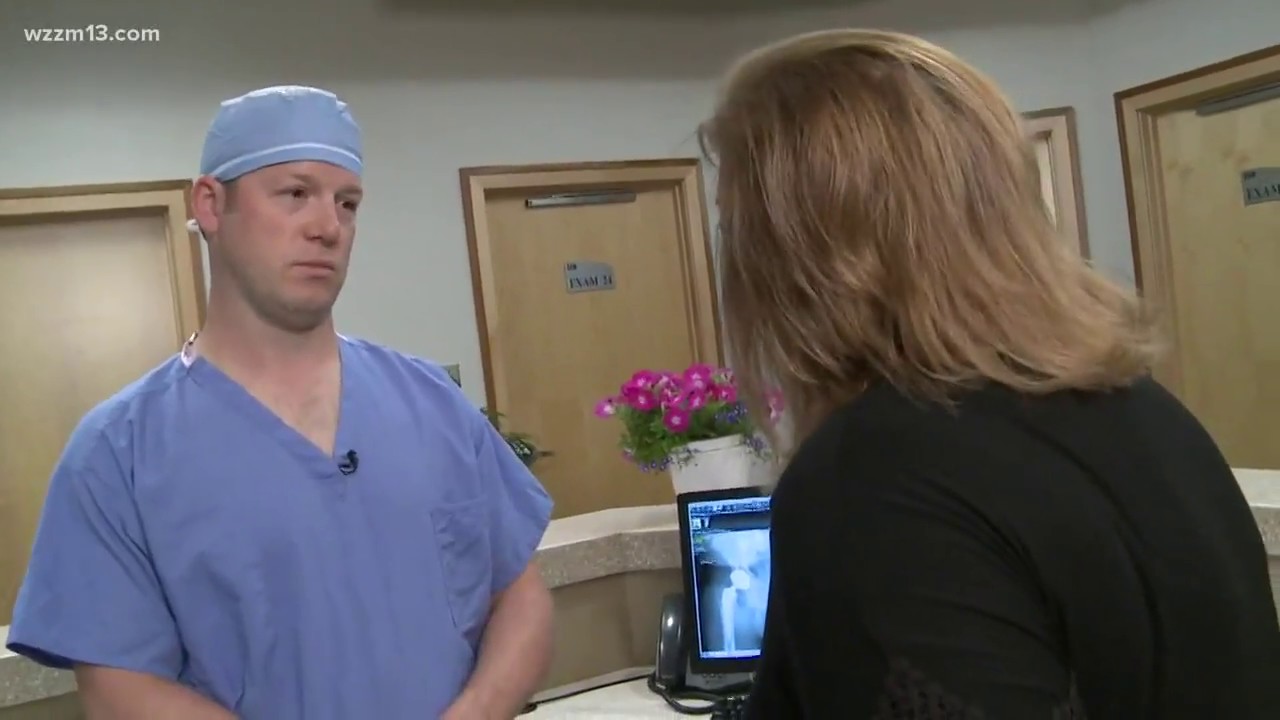 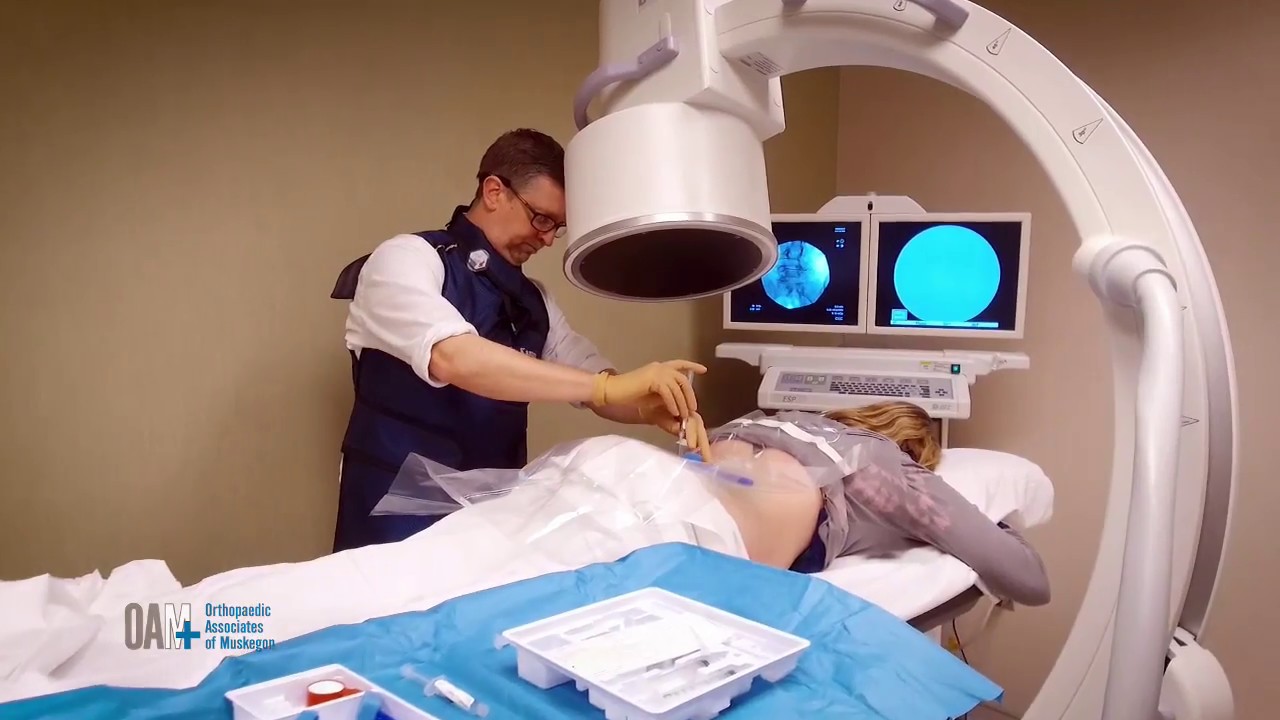 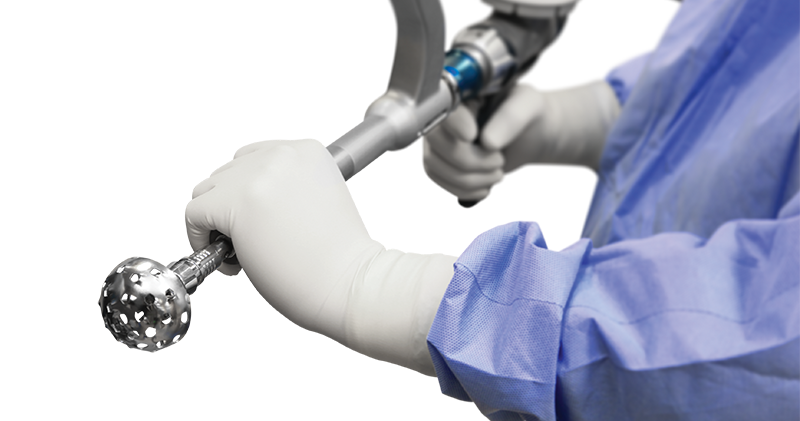 To help educate our patients and prepare them for before, during, and after surgery, we have created an informative video. If you are scheduled for total joint replacement surgery or are considering it in the future, please click the link below to watch the video. 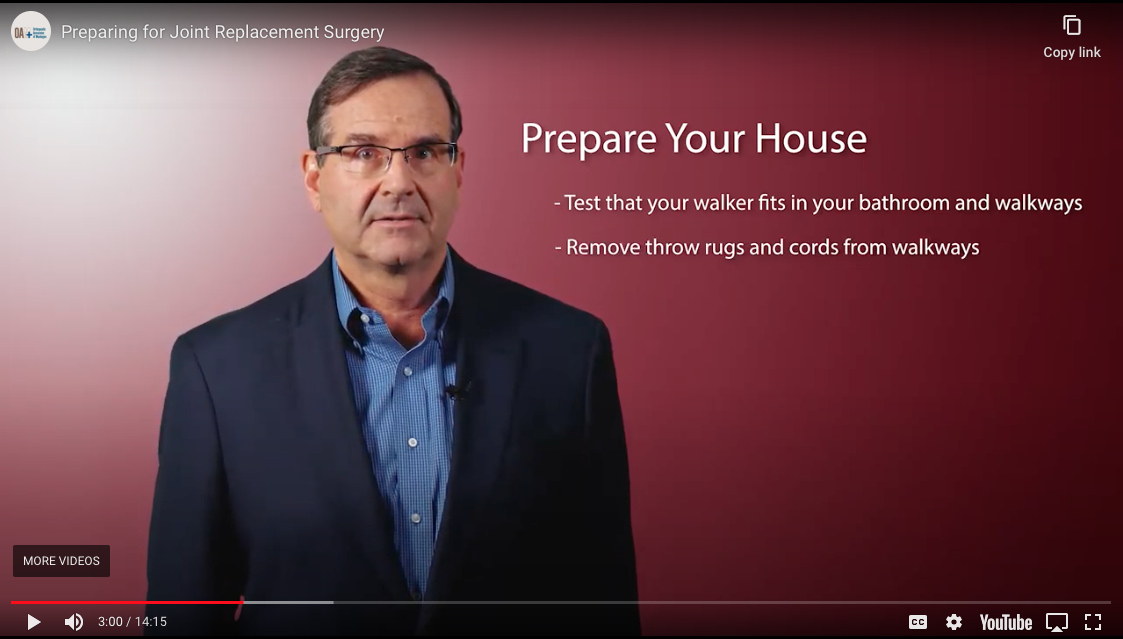 Avascular necrosis (AVN), better known as osteonecrosis of the femoral head, is a disease that causes bone death.

In the earliest stages of osteonecrosis, plain x-rays are often normal. A magnetic resonance image (MRI) is the key that allows us to detect AVN at its earliest stages.

Will it get worse?

The natural history of osteonecrosis is linked to the size of the necrotic segment. Very small lesions (involvement of less than 15% of the femoral head) may resolve without any further treatment. On the other hand, lesions involving greater than 50% of the femoral head progress to collapse, and ultimately require a total hip arthroplasty.

Does Avascular Necrosis cause pain?

AVN may be present without any pain whatsoever. There may be early hip pain but unfortunately, pain often develops only once the osteonecrosis has progressed quite far. At that time the pain is caused by fragmentation and collapse of the femoral head.

How often is the other hip affected?

Verification of the status of the opposite hip is very important as part of the evaluation of osteonecrosis, because studies have shown that often the contralateral hip is asymptomatic and has a normal x-ray. Even more importantly in cases of non-traumatic osteonecrosis, the incidence of bilaterality is up to 80%.

Pain is the most frequent symptom for patients with osteoarthritis. The pain is usually described as being in the groin or thigh for degenerative joint disease of the hip. Degenerative joint disease of the knee most often results in pain in the knee joint. The pain is frequently associated with activity and relieved by rest. It may occur at night and, in severe cases, prevent sleep. Patients also complain of stiffness and often limp when they walk.

Evidence is emerging that subtle abnormalities around the hip, resulting in femoroacetabular impingement (FAI), may be a contributing factor in some instances to osteoarthritis in the young patient. FAI is the abnormal contact or friction between the femoral neck/head (ball) and the acetabular margin (socket), causing tearing of the labrum and avulsion of the underlying cartilage region, continued deterioration, and eventual onset of arthritis. Nonsurgical treatment typically fails to control symptoms.

The hip is described as a ball and socket joint. The ball of the femur sits deep inside the socket of the pelvic bone called the acetabulum. Several structures including the capsule, ligaments, and tendons hold these bones together. Sports injuries or trauma may move the ball too much one way or another causing small pieces of bone or cartilage to shear off. These small pieces are called "loose bodies," and it is appropriate to think of these bodies as debris in the joint. These loose bodies may also be caused by degeneration to the hip joint as happens in many forms of arthritis. These loose bodies may stay in one place or may migrate within the joint. They can often cause pain and stiffness when they are pinched or caught between two moving structures. This pain or motion loss is seen in the groin where the true hip joint lies. Often, they may spontaneously move causing relief from the pain. However, as they are often constantly in motion, they may move again to cause pain in the same area or another area of the hip.

Swelling and heat (inflammation) of the joint lining called synovium causes a release of enzymes which soften and eventually destroy the cartilage. Rheumatoid arthritis, Lupus and psoriatic arthritis are inflammatory in nature.

The labrum is a pad of fibrocartilage deep in the hip joint. The hip is a ball-in-socket joint with the ball from the thigh bone (femur) and the socket from the pelvis (acetabulum). The labrum is a pad of cartilage that lies between the femoral head (ball) and the acetabulum (socket). It acts as a stabilizer and a shock absorber in the hip. Labral tears are common in athletes. When tears in the labrum occur, patients can experience pain deep in the hip joint. There are many different causes for tears. When a labral tear is symptomatic and patients have failed non-surgical measures such as physical therapy, activity modification and medication, it may be repaired arthroscopically.

There are three types of snapping hip: internal (iliopsoas tendon or hip flexor), intra-articular (loose bodies), and external (IT band). In most patients the snapping is merely an annoyance, but it can lead to pain and dysfunction, especially with athletic activities. When non-surgical measures have failed, these conditions can be treated arthroscopically.

The synovium is the lining of our joints. When it gets irritated it can get inflamed (synovitis) and cause hip pain. The synovitis is typically secondary to an intrinsic hip problem (labral tear, FAI, arthritis) but may be due to a primary disease of the synovium (inflammatory arthritis). When indicated, the synovium can be resected arthroscopically.

Bursitis is caused by inflammation of a bursa, a small jelly-like sac that usually contains a small amount of fluid. Bursae are located throughout the body, most importantly around the shoulder, elbow, hip, knee, and heel. They act as cushions between bones and the overlying soft tissues, and help reduce friction between the gliding muscles and the bone.

The bony point of the hip is called the greater trochanter. It is an attachment point for muscles that move the hip joint. The trochanter has a fairly large bursa overlying it that occasionally becomes irritated, resulting in hip bursitis (trochanteric bursitis).

For additional information about this condition, we have included this complete patient eduction sheet as a pdf to view, download and print:

Hip Treatments: Learn about a procedure.

Injuries can happen anytime so we have immediate appointments available at our Muskegon office. Our orthopaedic urgent care is open to accommodate same day visits for the evaluation of hip injuries. 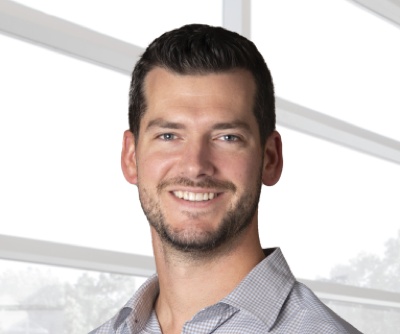 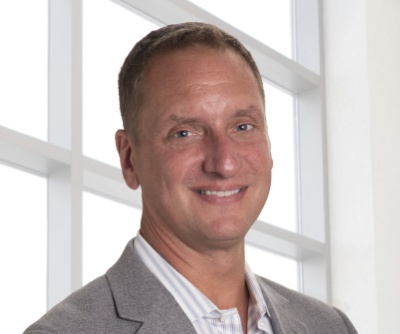 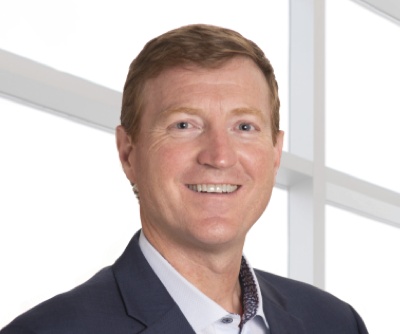 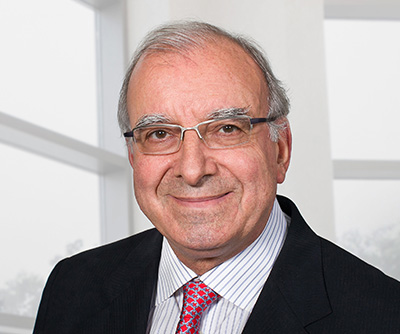 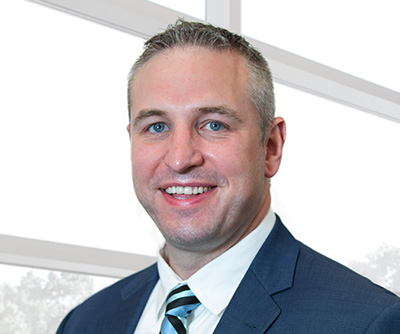 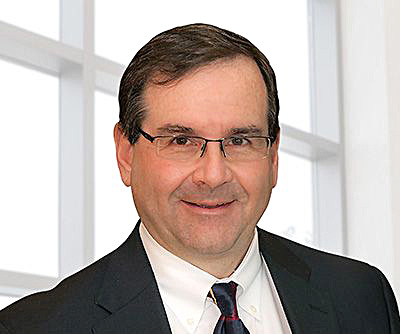 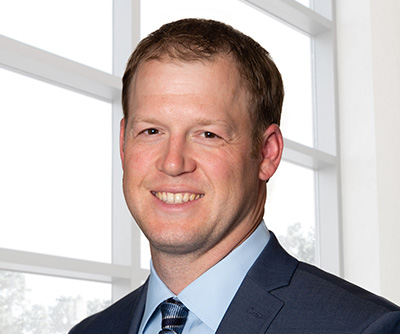 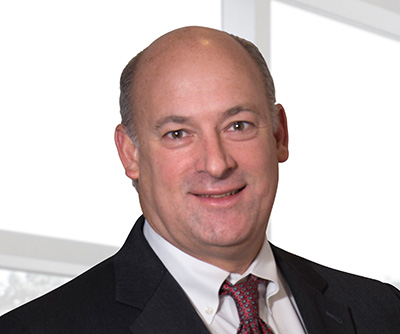 About Orthopaedic Associates of Muskegon (OAM)

Our highly-experienced physicians and staff provide orthopaedic surgery, nonsurgical orthopaedic treatments and procedures, and physical medicine and rehabilitation services to the West Michigan community. We treat disorders and injuries to the shoulder, spine, hip and knee, as well as the extremities – foot/ankle, leg, hand/wrist and elbow. Patients may seek treatment due to a fracture or other type of traumatic bone, joint or muscle injury, nerve pain, arthritic bone deterioration, or a spinal disorder. We use state-of-the-art technology to provide total orthopaedic care – from diagnosis to surgical and nonsurgical intervention, to rehabilitation therapy and wellness.

Links To Our Partner’s Web Sites